CLICK THE BLUE BOX BELOW TO REGISTER YOUR TEAM!

The Registration "Cornhole Tournaments" is not currently available.

Registration is FREE with Crustfest Session 2 ticket purchase and will close Friday, Oct 11th at 11:59 PM.  Registration will be bolstered with a live radio show on Tuesday, Oct 8th from 4-6 PM at Gold Rush Liquor (8661 Old Seward Hwy) with giveaways and Crustfest hype brought to you by ADN!

Tournament registrants must have purchased Crustfest tickets here or at the door! 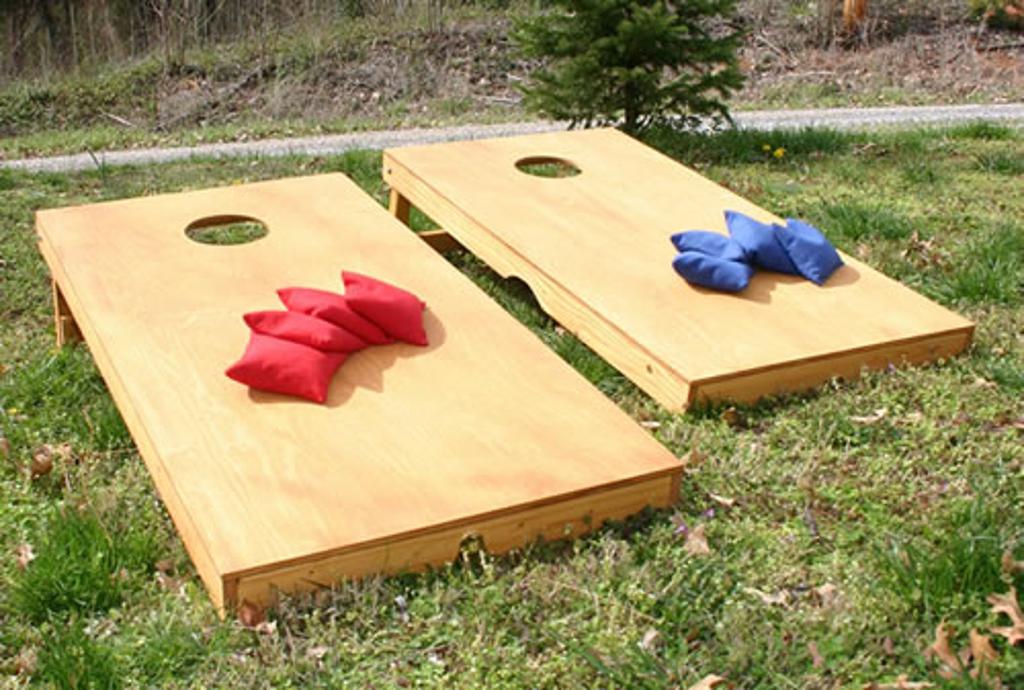 How to play: Begin the game with a coin flip or play rock, paper, scissors between the two captains. The winner determines the end from which play will start and gets the first throw. Players may not cross the foul line, which is located at the front of the board. All players must throw from behind this line.

How does cornhole work?  A game consists of frames. Each team rotates throwing their bags until all bags are thrown to the other side, at which point, the frame is complete. Each frame consists of calculating the difference of all the bags on the boards and in the hole at the end of the frame per team. The net point total is kept track of from each frame.

Example: Team A scores 8 points in frame 1 and Team B scores 2 points in frame 1. This would mean that Team A would receive 6 points for that frame and would also be the team to throw first in the next frame. The object is to be the first team to reach 21 points by either throwing the bag onto the board (1 point) or in the hole (3 points). Boards will be placed approximately 27 feet (front to front) from each other. This distance is placed out by the tournament director. Cornhole boards and bags will be provided. Each court consists of 2 boards and 8 bags.

How long is a game? Each game lasts 30 minutes from the designated start time or until one team reaches 21 points in each game. You do not need to hit 21 exactly and can go over 21. If a team is winning 13-0, it is considered a skunk and that game is considered done. You will play best out of three games against your scheduled opponents or best score when time expires if best 2 of 3 has not been reached. If each team has one win when time expires, the leader of the current game be the winner. Teams must be at their boards at game time or they will forfeit!

What area can I stand in? You can be anywhere to the left or right of the board, as long as you stay on that side for the entire match. You can stand all the way up to the front of the board. Team mates will stand on opposite ends and on the same side.

What happens if a bag is knocked off the board?  It is fair game and points are added up at the end of the frame. Bags touching the floor do not count.